Kvarken Ports CEO: We are stronger together

Kvarken Ports CEO: We are stronger together

Kvarken Ports is the name of the joint port of Vaasa and Umeå run by the co-owned company Kvarkenhamnar Ab.

The new CEO of Kvarken Ports, Matti Esko, is an experienced logistics and port operations professional. His career has taken him around the world.

– The opportunity to create something brand new piqued my interest in this job, says Matti Esko. 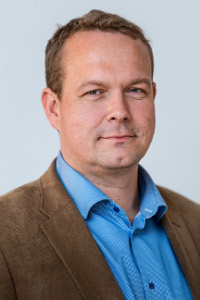 Kvarken Ports is the joint port company of Vaasa and Umeå.
The company will commence operations on the 1st of January 2015.
The port company’s newly appointed CEO Matti Esko is impressed by
the intensive cooperation in the Vaasa region and across Kvarken.

– It only took half a year from the moment the idea was launched until the company was formed and within a year it will be operational. I have never seen such efficient cooperation between two cities, he says.

– I was also surprised by the intensive cooperation both within the Vaasa region and across Kvarken. Not a day passes by without somebody stopping me to tell me what they are up to. Working together they have completed large-scale logistics projects like founding the shipping company NLC Ferry and the electrification of the railway, Esko points out. He is particularly impressed by the companies in the energy cluster in the Vaasa region.

The driving factor behind the joint port company is the need to develop the logistics corridor between Russia and Norway to strengthen the commercial life in the Kvarken region. Another reason is the EU’s decision that all public ports should be corporatized.

The current ports in Vaasa and Umeå are by EU standards small. The new joint port is big enough to be classed as a comprehensive port in the EU. Such a classification brings clear advantages when funding decisions are taken as well as guaranteeing visibility on EU maps.

The corporatization gives us great opportunities to develop the commercial port operations and establish a clear profile. The total cargo volume will probably not increase, hence growth will be dependent on how well we can compete with others, particularly with regards to the European traffic, Esko points out.

Esko sees the development of the commercialisation as his main mission. The profitability is already good and both ports are making a profit.

– The port’s most important mission is to serve the interests of the region’s businesses and help them become profitable. However, the port also provides rental income to the cities, and after the corporatization the idea is to make a profit and pay dividends to the owner cities, Esko explains.

The new port company is a key component of the logistics corridor between Russia and Norway, which the Vaasa region and Umeå is helping create with EU support.

– The long-term goal is for the NLC (Nordic Logistic Corridor) to develop into an economically sound, environmentally friendly and efficient transport route for the regions of Finland, Sweden and Norway and create conditions for continued transports, says VASEK’s logistics expert Anna Måtts.

– For many years The City of Vaasa has developed the port and its auxiliary capacities to meet the needs of the industry. That work provides a good foundation for further development within the Kvarken Ports framework, she explains.