Pieces are Falling into Place 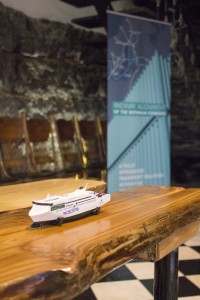 In September, Vaasa and Umeå got the chance to present the achievements of the Midway Alignment of the Bothnian Corridor project’s first phase as well as the know-how and collaboration of the regions to Mr Brian Simpson (European Coordinator for the Motorways of the Sea, MoS) and Mr José Anselmo (MoS Principal Advisor at the European Commission). 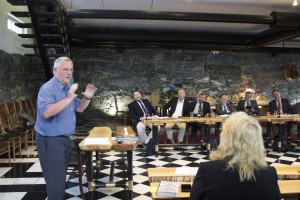 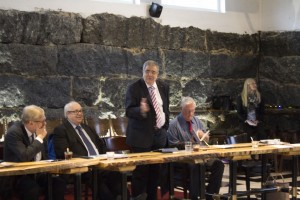 -We are proud of the genuine collaboration in our regions. Our guests told us that they were satisfied with what they saw and impressed with the know-how of the regions. In addition, we received a great deal of practical advice, says Mr Mathias Lindström, Director of the Kvarken Council and Project Manager of Midway Alignment.

The first phase of the project will be completed by the end of the year, and the application for the second phase is underway. The application will be submitted in the beginning of 2016, and it encompasses the construction of the ship as well as all the improvements relating to port infrastructure (e.g. the construction of the LNG terminal in Vaasa). Mr Simpson’s closing address was particularly instructive and concrete. He gave lots of advice regarding the project’s next phase.

-We received answers to many questions. His advice will be put to good use, and it will help us in the application drafting, says a pleased Ms Isabella Forsgren from INAB (Infrastruktur i Umeå Ab).

In accordance with Mr Simpson’s advice, the project must also in the future highlight that the new ship is not its only concern. The ship is merely the connection that enables the collaboration between, for instance, the economic life and culture. It is important that the transport route concept (from the coast of Norway to the Kvarken and across Finland) which combines innovative solutions, environmental friendliness and road, railroad and maritime traffic is seen as the project’s central factor also in the future.

-EU only funds innovative projects that have renewing effects. We must learn how to package and explain the route’s positive advantages, benefits and innovations and how to simply state and show the improvements that the project brings about. Moreover, cooperation with other Motorways of the Sea projects and the utilization of their results is more important than ever, highlights Mr Kjell Nybacka, Senior Advisor of the Regional Council of Ostrobothnia.

-We got the confirmation that we are on the right track, and it feels really good. We can continue with the preparations for the second phase now that we know that we are heading in the right direction, sums up Ms Susanna Slotte-Kock, the City of Vaasa’s Director of Development. 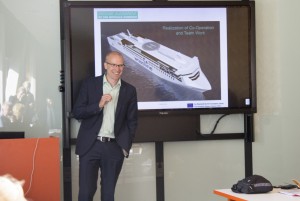 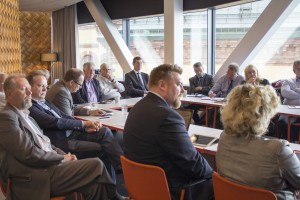 The guests’ comments can be read in, among others, the project’s following articles and other newspapers:

–Construction of an LNG Terminal in Vaasa is Explored

–Even a Global Company can be a Regional Operator