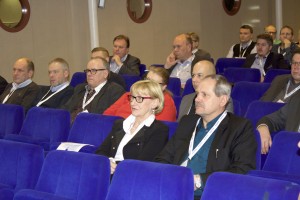 Last week’s Freight Conference arranged by Wasaline had a good turnout of representatives from the business sector. For the second year in a row, Wasaline invited customers and cooperation partners to exchange ideas and thoughts about the activities of the company.

-We want to develop our business into an effective transport concept. The cargo conference was organized so that we could receive input from those who regularly use the route for various purposes like passenger transport or the transport of goods. Interaction is important for the company so that it can develop its business in the long term, Wasaline’s Cargo Manager Tony Ehrs remarked in his opening speech.

One of the speakers at the conference was Sture Udd, the Managing Director for UpCode. Udd’s presentation about Transport System Management sparked a lot of talk and thoughts among the participants. Potential users both in Finland and in other parts of Europe are interested in the system, and it is also a great opportunity for the Midway Alignment project. The development of the system is cyclic, and the work affects the Midway Alignment project in phases one and two. Udd’s presentation focused on the development of knowledge-based transports, automatic data collection and the utilization of the tag system. 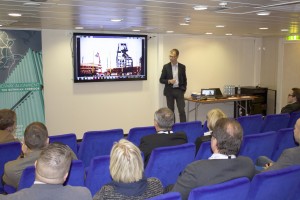 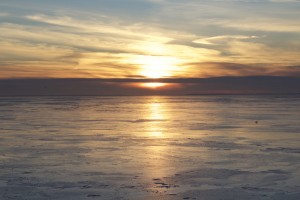 The day was full of interesting presentations, and the approximately 40 participants appreciated and made good use of the discussion opportunities.

– We aim for good cooperation and knowledge exchange also in 2015, Ehrs sums up.

Esko: THE FUTURE FOR KVARKEN PORTS